The Cayman National Cultural Foundation Board of Directors

The Board comprises individuals from the public and private sector, who bring a diverse range of business skills and experience, as well as a passionate interest in the arts and culture, ensuring sound fiscal and cultural policy management. 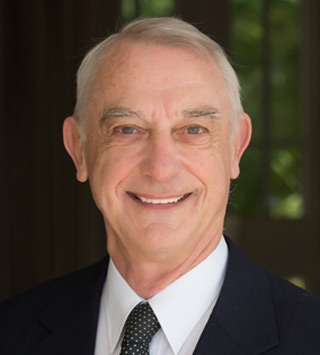 Who’s Who At The Cayman National Cultural Foundation 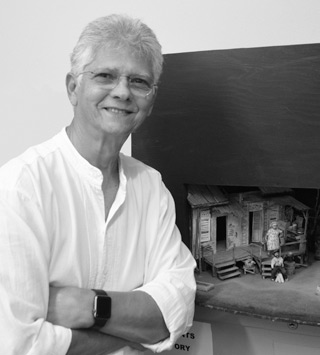 Henry Muttoo, Artistic Director of the Cayman National Cultural Foundation. He is a 40-year veteran of Caribbean arts and cultural practices and is one of the region’s foremost cultural educators and theatre practitioners. He is an award-winning actor, director, and designer whose work has achieved acclaim throughout the region and internationally. Henry’s early theatre training was at the Theatre Guild of Guyana. His formal training was undertaken at the University of the West Indies, Trinidad & Tobago (Advanced Theatre Practices), Croydon College of Design and Technology, UK (Dip – Theatre Design), and Manchester University/ Rose Bruford College, UK (MA- Theatre Practices) . He has been involved with Caymanian theatre, arts and culture for 24 years, the last 18 as the Artist Director of the Cayman National Cultural Foundation. Henry is also a member of the CARICOM Regional Cultural Council and the Caribbean Examinations Council Advanced Proficiency Panel.

Henry Muttoo is one of the Caribbean’s foremost Theatre Arts practitioners and a household name in regional theatre, arts and cultural practices.

He trained at the Theatre Guild of Guyana, The University of the West Indies, Croydon College of Art & Design, and Rose Bruford College in the UK.

He has worked in the theatre and cultural arts fields throughout the Caribbean designing and/or directing for several major artists, including Derek Walcott, Dennis Scott, Trevor Rhone and Ken Corsbie. He has lectured at the University of the West Indies (Jamaica), was a senior tutor at the School of Drama, Edna Manley College of the Arts in Jamaica and has been a three-time Visiting Scholar at the University of South Florida. He has directed productions in London, Holland and Toronto. Henry was a founder-member of the iconic Guyanese theatre Company, All Ah We, the first regional company to seriously promote Caribbean literature through stage performance.

In Cayman, Dr. Muttoo’s visionary work in culture and the arts, as Artistic Director of the Cayman National Cultural Foundation has helped to recalibrate the national discourse on the importance of the arts and culture in society, highlighted the work of many of Cayman’s finest artists and given artists and culture makers a more assured voice. He has been the Artist Director for all but one of Cayman’s showings in CARIFESTA – the Caribbean Festival of the Arts and, since 1972, has represented three countries at Carifesta – Guyana, Jamaica and the Cayman Islands.

Henry has received numerous national and professional awards and honours for his work including, an MBE, a CNCF Heritage Cross (Gold), the Cayman Heritage Pioneer, and the Order of Cayman and the Golden Arrow of Achievement (NY) for his contribution to Guyanese arts and culture. 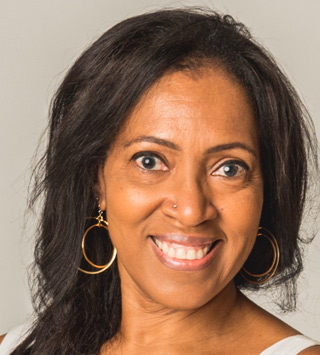 Marcia Muttoo, Managing Director of CNCF. She holds a BFA in Drama, with a specialization in Acting, from New York University’s Tisch School of the Arts and the Lee Strasberg Theatre Institute. Her MFA in Theatre Management is from City University if New York, where she was a graduate fellow to one of the leading lights in professional theatre management, Dr. Stephen Langley. A former teacher/actor/administrator with The Edna Manley College of Performing Arts’ Groundwork Theatre Company in Jamaica, she has more than a score of years’ experience in non-profit management in the Caribbean and the United States. She is responsible for the executive organization of CNCF, including organizational programming, financial management, human resources management, property management and board liaison.

For more than two decades, as the Managing Director of the Cayman National Cultural Foundation, Marcia Muttoo has helped to conceive and realise CNCF’s many cultural initiatives. She is responsible for the entity’s strategic management and operational efficiency, including organisational planning and policy development, financial management, property management, personnel matters and board liaison. Throughout, Marcia has also been happy to volunteer her time and efforts to several nation-building activities:  Vision 2008, the National Children’s Festival of the Arts, Batabano, Pirates Week, the National Spelling Bees, and Heroes Day, among them.  And, although she most often stays behind the scenes, she is also been recognised for her work as a stage actress.

Outside of the Cayman Islands, Marcia has considerable depth of experience in non-profit arts management in the Caribbean and the United States, having held positions and fellowships at the Barbados Carifesta Secretariat, Brooklyn College (CUNY), Brooklyn Academy of Music, Manhattan Theatre Club, Arts International and the Edna Manley College of the Performing Arts.

Marcia Muttoo holds a BFA in Drama with a specialisation in Acting (Lee Strasberg Theatre Institute) from New York University and an MFA in Theatre Management from Brooklyn College, City University of New York. 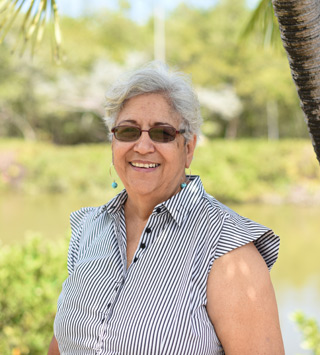 Virginia is a retired educator and past member of the CNCF Board. Virginia is fully committed to all things artistic and cultural and is especially interested in the preservation of Caymanian heritage.

A retired school principal, teacher and librarian in Cayman Brac and Grand Cayman, Virginia Foster holds an MS degree from State University of New York at Albany; a BA degree from Salve Regina College, Rhode Island – Major in English, Minor in Education; and teacher certification in the State of Rhode Island.

She is the lead docent for CNCF’s cultural and education tours at both the heritage site, Mind’s Eye—the Visionary World of Gladwyn K. Bush and the FJ Harquail Cultural Centre.  Virginia is also responsible for cataloguing materials in the CNCF research library, and she serves as the Secretary of the Grants and Awards Committee. 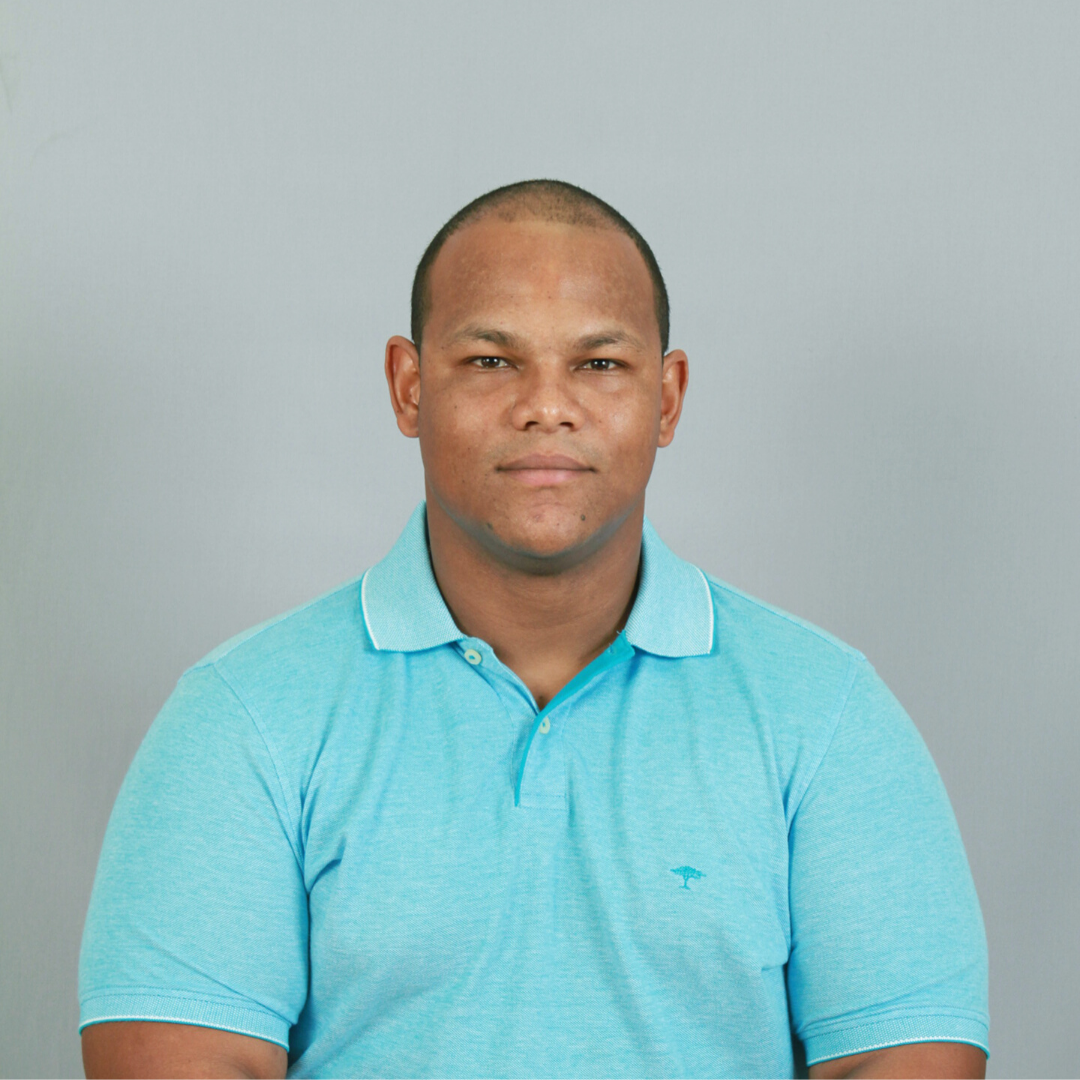