The History of Rundown

The story of Rundown began in 1992 with an idea by Dave Martins who was at the time, CNCF Chairman. The idea quickly evolved into the draft of a script, which Dave asked me to read, with a view to CNCF staging the show. As an artist about town, Dave knew quite a lot of the main ‘players’ in Caymanian society. He felt that Cayman was ready to laugh at itself by having a sort of comedic theatrical mirror held up to audiences.

Dave and I sensed that the production would go over well but there was no way to tell for sure without testing it on stage. We had no idea that what we were creating – he as Playwright and I as Director – was a stage production that would take hold of the Caymanian imagination as much as it has done. The idea was presented to the CNCF board and the script was approved for production. So began, in 1992, an important, long-lasting collaboration between the two artists in the Cayman Islands.

As the person who would design and direct the production, I immediately set about finding a production style to reach an audience comprising of many nationalities. Dave and I agreed that the comedic, sometimes farcical (but always with undergirding of trenchant commentary) situations and subjects we were presenting have to be kept simple and unfussy. We settled on the name RUNDOWN, the traditional Caymanian dish.

A Caymanian backyard was to be the environment: the physical space where people ‘drop in’ to ‘shoot the breeze’, buy and eat food, take a drink or share their joys and frustrations. We wanted the setting and its inhabitants to suggest a sort of microcosm of Cayman society. In the first four shows, between 1992 and 1995, the major actors were some of the finest in Cayman – Herbie Martin, Tony Rowlands, Consuelo Ebanks, Alan Ebanks, Harwell McCoy, Dave Martins and Leroy Holness.

They were all multitalented, able to play many different characters. Over the 26 years, many other established and up-and-coming talents have graced the Rundown stage, some for one or two shows, others for several years. They include Pete Kosa, Quincy Brown, Morgan DaCosta, Rita Estevanovich, Michael McLaughlin, Frank E. Flowers, Charlene Jarrett, Fritz McPherson, Craig Merren, Olivia Scott-Ramirez, Lorna Bush, Donna Tull-Cox, Matt Brown, Giselle Webb, Priscilla Pouchie, Dance Unlimited, among countless others.

Behind the scenes, lighting and sound man, Isaac Rankine, and stage managers Wendy George and Brendan Smith were a valuable part of the team for many years. They have entertained us and left lasting memories of their talents and skills. This evening, you will have the joy of seeing the last remaining of the original Rundown cast, Leroy ‘Ital’ Holness, the always forward-looking Rasta. Dave Martins returned to his native Guyana, Consuelo Ebanks and Tony Rowlands moved on to glory, Herbie, Harwell and Alan have gone into self-imposed retirement.

The emerging talent gives cause for hope. With rigorous discipline and a zeal for learning their craft, many of them could, sometime in the future, form the nucleus of a new, creative team behind Rundown.

We forever thank Dave Martins for sharing his vision, creative genius and generosity with the people of the Cayman Islands. We thank the current and successive Governments of the Cayman Islands for their grants, which keeps CNCF operating – though to half capacity – and our Boards for their faith in the necessity of our work and the arts. Finally, a sincere thanks to all of the actors, sponsors, volunteers and friends who gave and continue to give their precious time to make our work possible. They should know that their efforts and sacrifices bring much understanding, joy and laughter into the lives of many, many people. Enjoy.

The 2021 edition of Rundown will open on Thursday 18th March, 8pm at the Harquail Theatre! The show dates and times are: 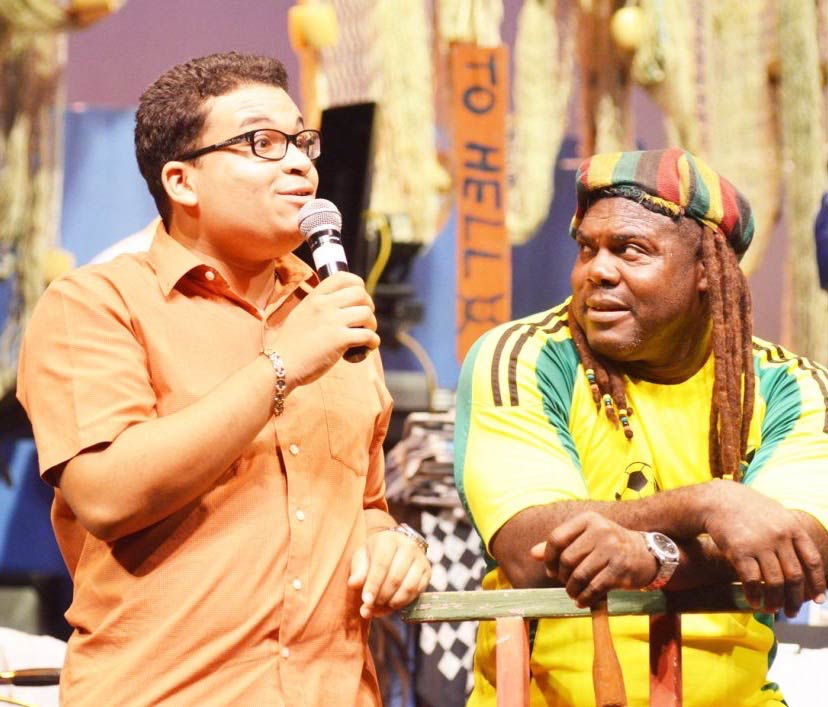 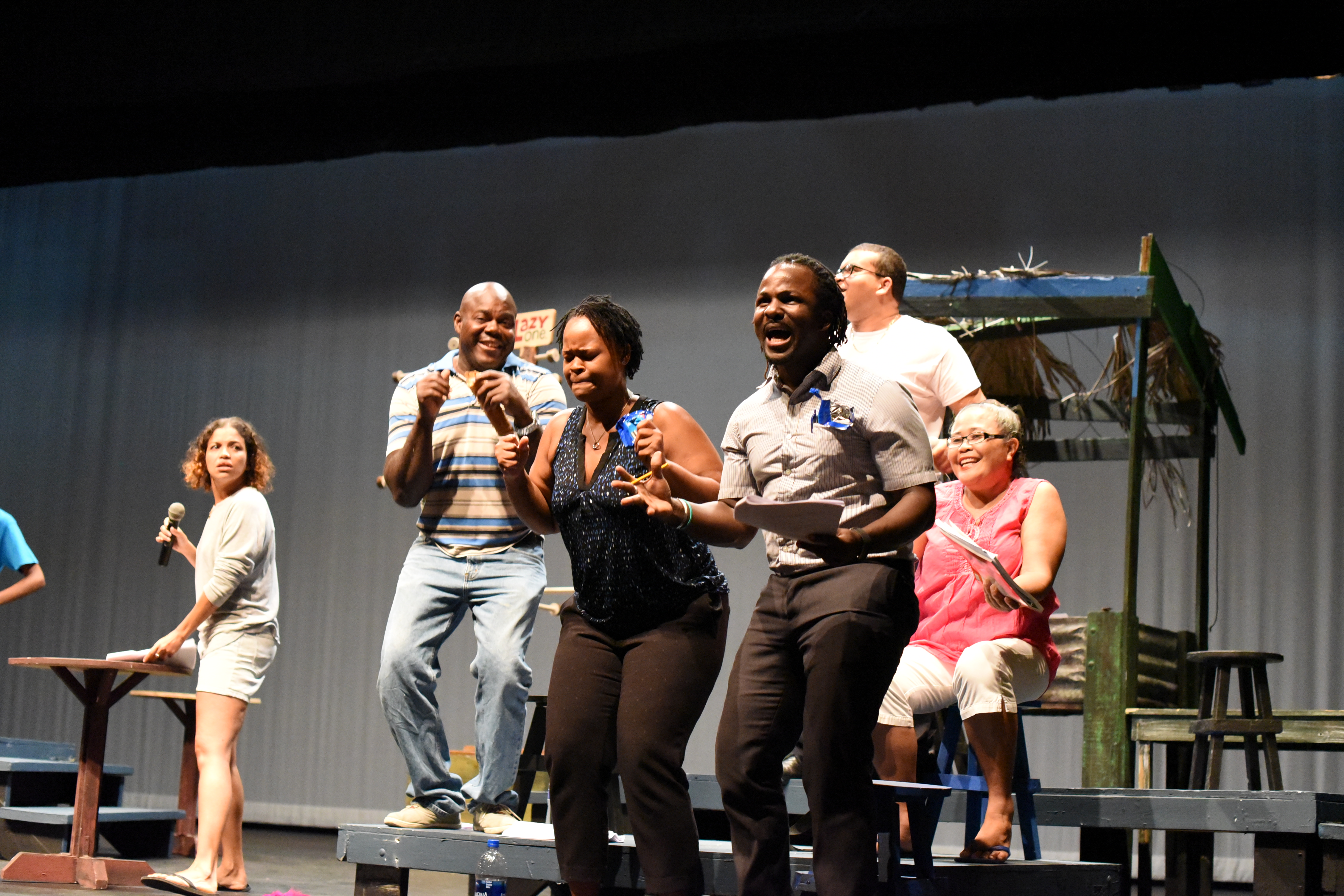 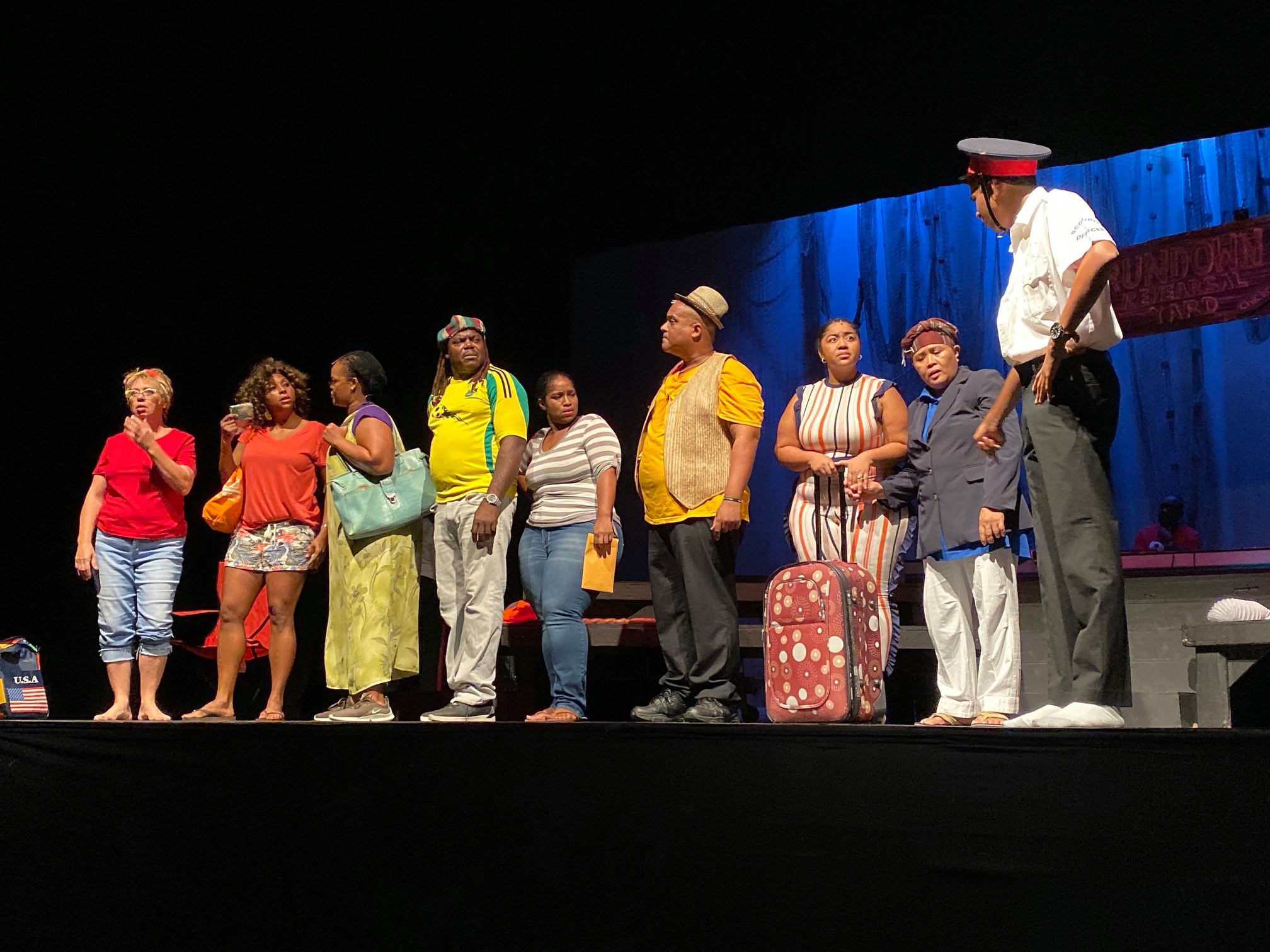