10 Things You Might Not Know About The Cayman Islands

On the third Monday in May every year, Discovery Day commemorates the sighting of the Sister Islands of Cayman Brac and Little Cayman by Christopher Columbus in 1503. It is a day on which Caymanians celebrate their heritage. Columbus did not stop at the islands, but he did name them, calling them Las Tortugas due to the large number of sea turtles the crew spotted as they sailed past. The islands later, in the mid-16th century, gained the name “Caymanas,” a variation of the Spanish word for crocodiles.

In honour of Discovery Day, here are 10 things you may not know about the Cayman Islands’ culture and heritage: 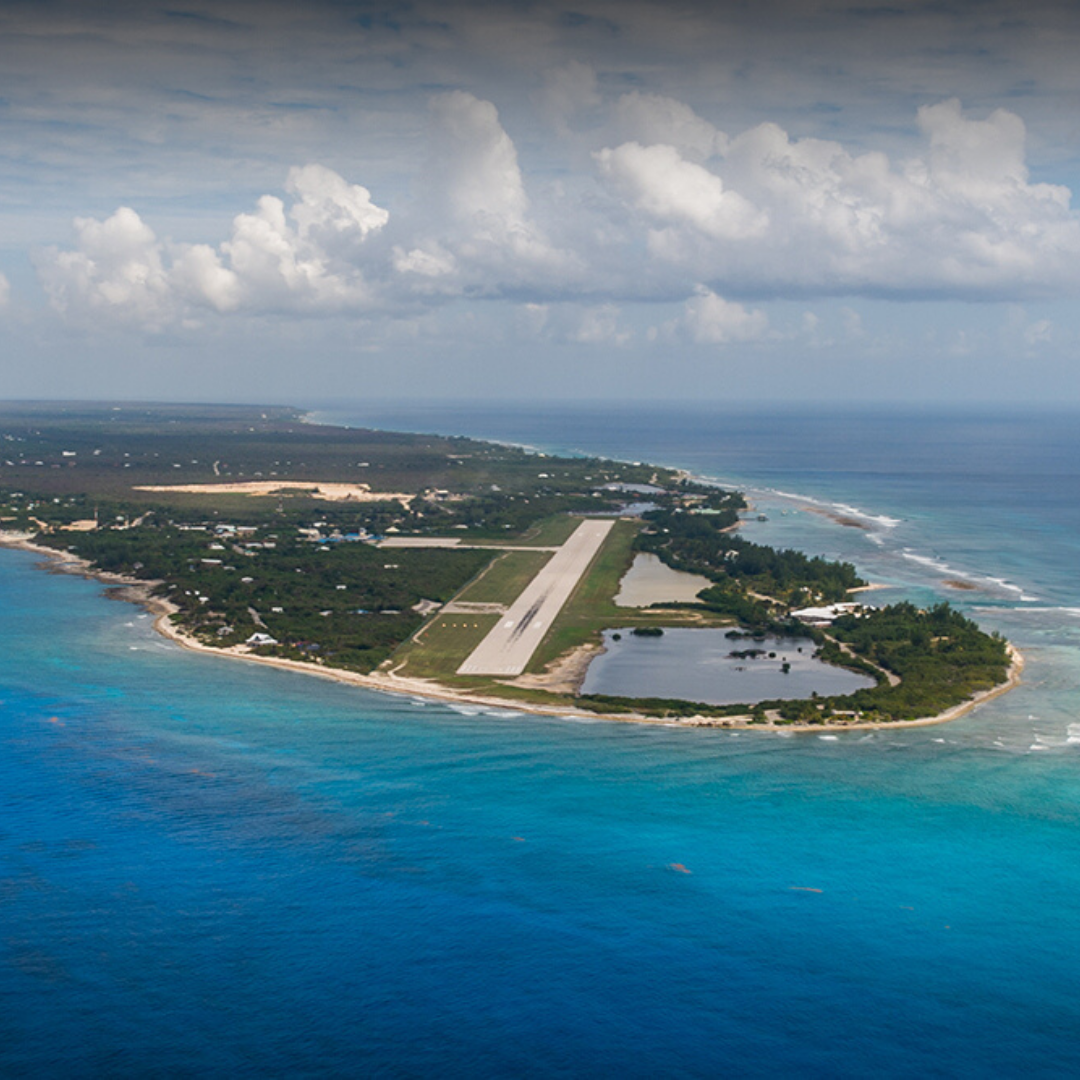 The Cayman Islands aren’t islands at all, they’re part of a mountain called the Cayman Ridge, which rises more than 25,000 ft – or the size of a very large mountain in the Himalayas – from the ocean floor. But all three islands are extremely flat. The highest point above sea level is actually the east end of Cayman Brac – and that’s just over 150 ft. (Source – visitcaymanislands.com) 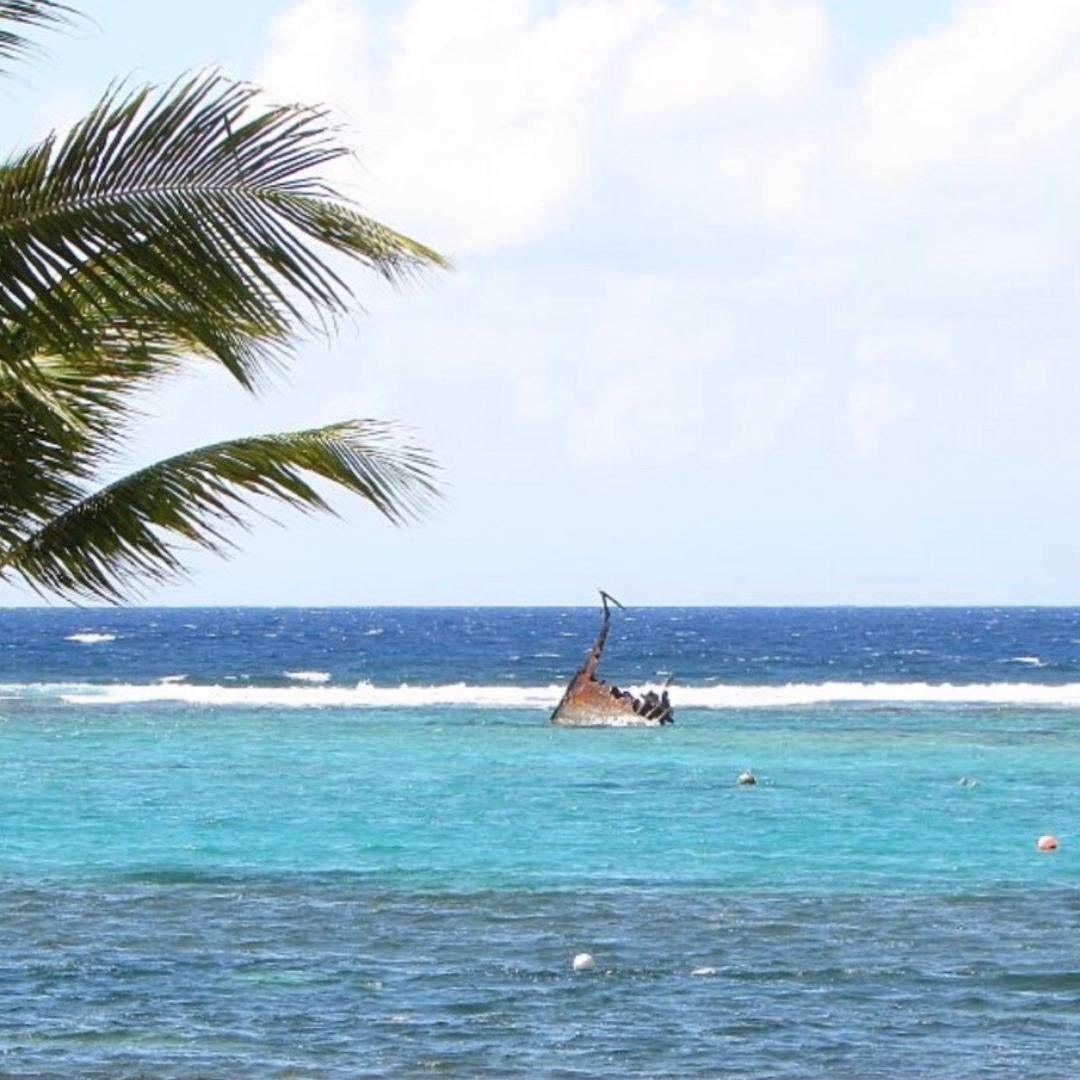 The crystal clear waters of the Caribbean Sea around the Cayman Islands may be calm and serene, but beneath the surface is a whole other world. Besides the teeming marine life, you can also discover the wreckage of about 200 ships. One that you can actually see from the shore is The Wreck of the Pallas. In October 1910, Grand Cayman was visited by a hurricane. George Stephenson Shirt Hirst (1871-1912), Cayman Islands Commissioner from 1907 to 1912, wrote this eye-witness account:

“For a few days before there were ominous warnings and preparations were made with a view to preventing as much damage as possible. The Schooner “Express” owned by James Webster of [sic] Georgetown was in harbour and rode through the storm without injury. At 9pm a Norwegian barque, the “Pallas”, was driven on the reef at South Sound and became a total wreck. The captain and crew were saved the next morning.”

The Wreck of the Pallas can still be seen rising from the reef off South Sound, often with terns or frigate birds (aka Man-O-War) perched on top, surveying the breathtaking sea. Some of the more famous wrecks are described in this article by the Cayman Compass. 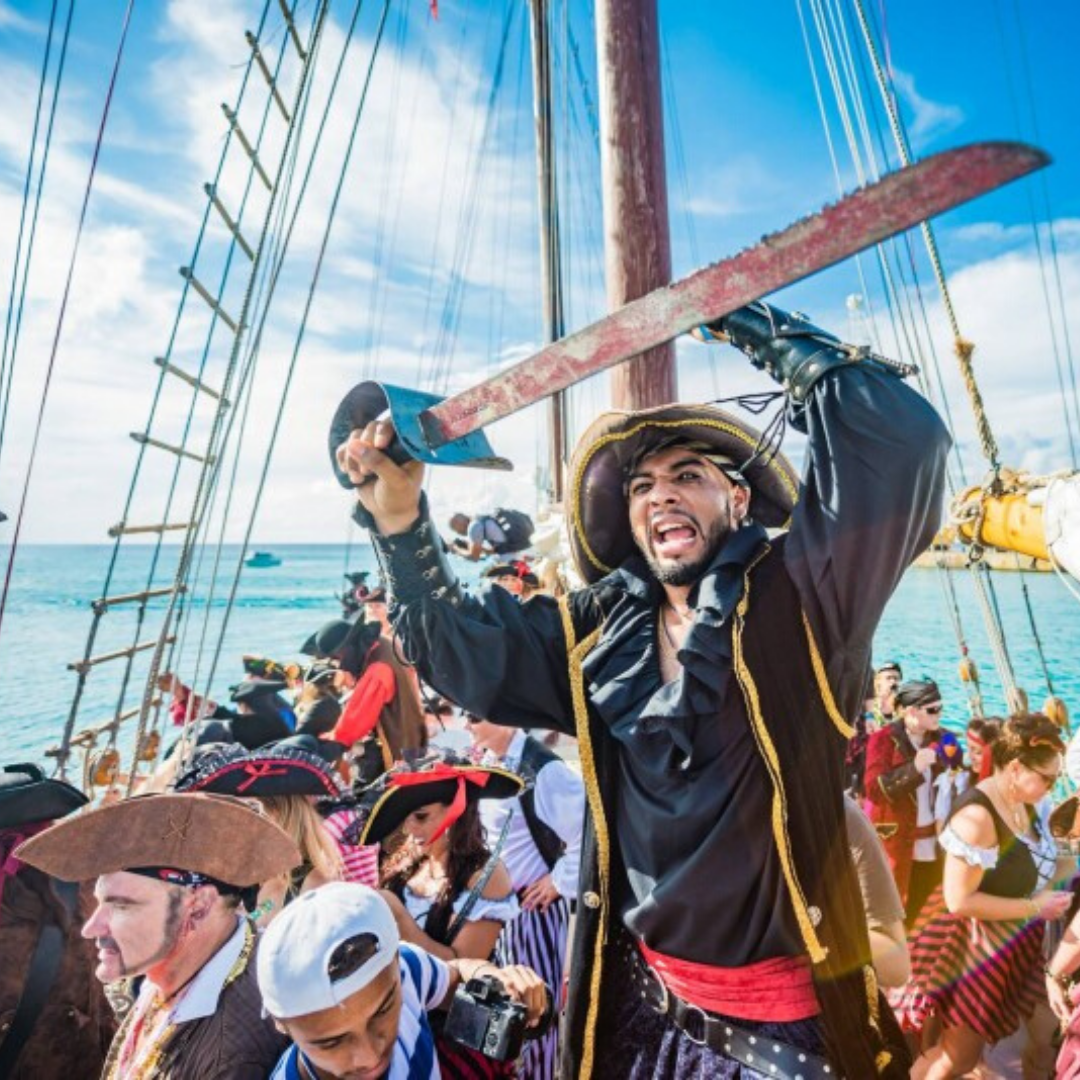 Contrary to popular legend, authentic English pirates such as Blackbeard and Rackham found little to attract them in the Cayman Islands. According to Cayman’s history books, however, the early settlers were subject to attacks by the neighbouring Spaniards in Jamaica around 1655. Today, all such marauders are tried and found guilty every year at the Trial of the Pirates, during the annual Pirates Week national festival. 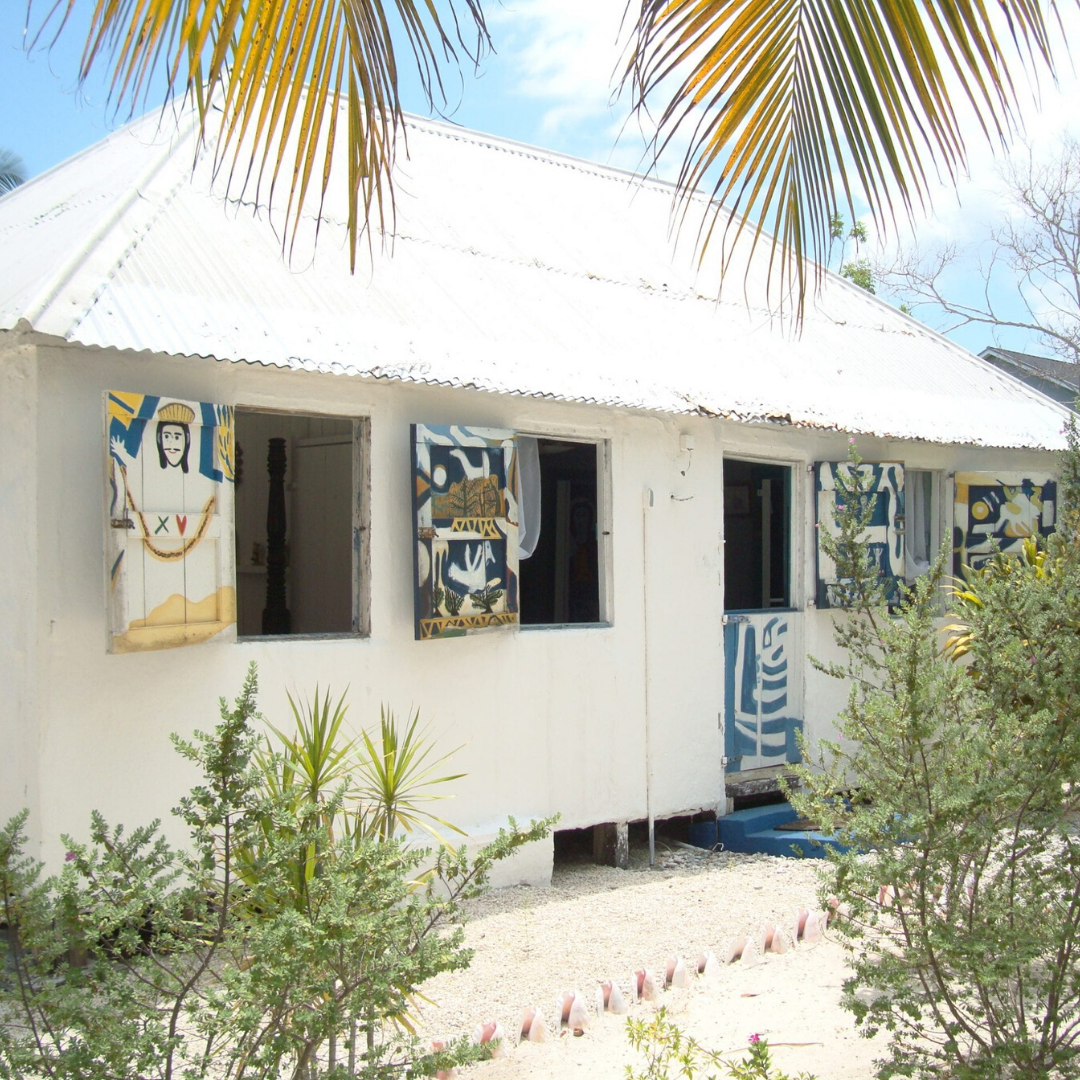 Although Caymanian houses were at first built with thatch roofs and white-lime walls (Mind’s Eye–Miss Lassie’s House in South Sound is a great example of this traditional architecture), wooden houses with metal or wood-shingle roofs soon became the standard, until concrete block construction became popular in the 1950s. The early houses had wooden windows, which were usually kept closed at night. Later, houses were built with glass windows and screens. 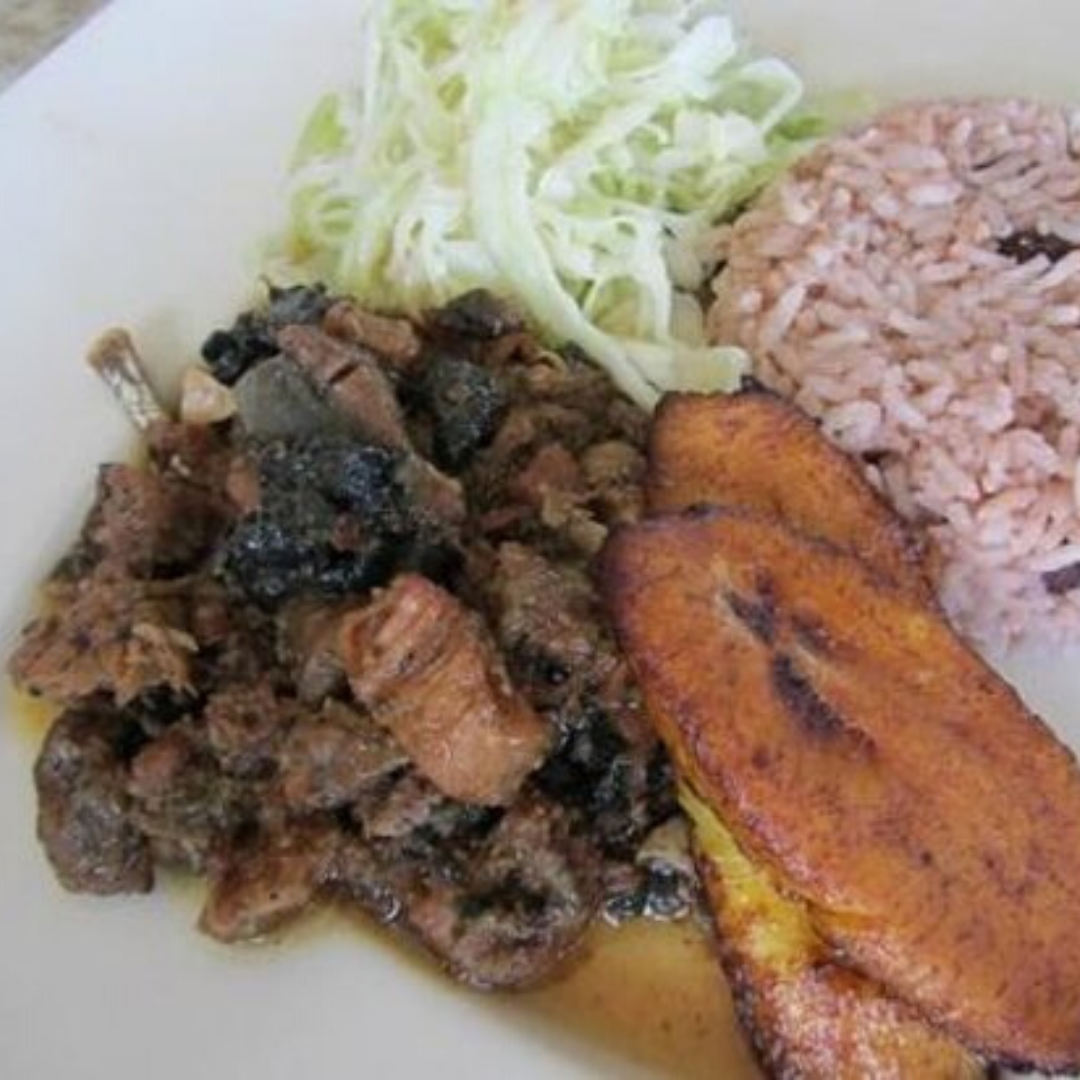 Cayman has always been the “culinary capital of the Caribbean,” it seems. What first drew visitors to the Cayman Islands was the abundance of green turtles which provided invaluable food for naval and military forces, ordinary mariners and early settlers in other Caribbean islands. When turtle meat is available for purchase at the Turtle Centre, you can try experimenting at home with this Little Cayman recipe or one of these delicious Caymanian dishes. 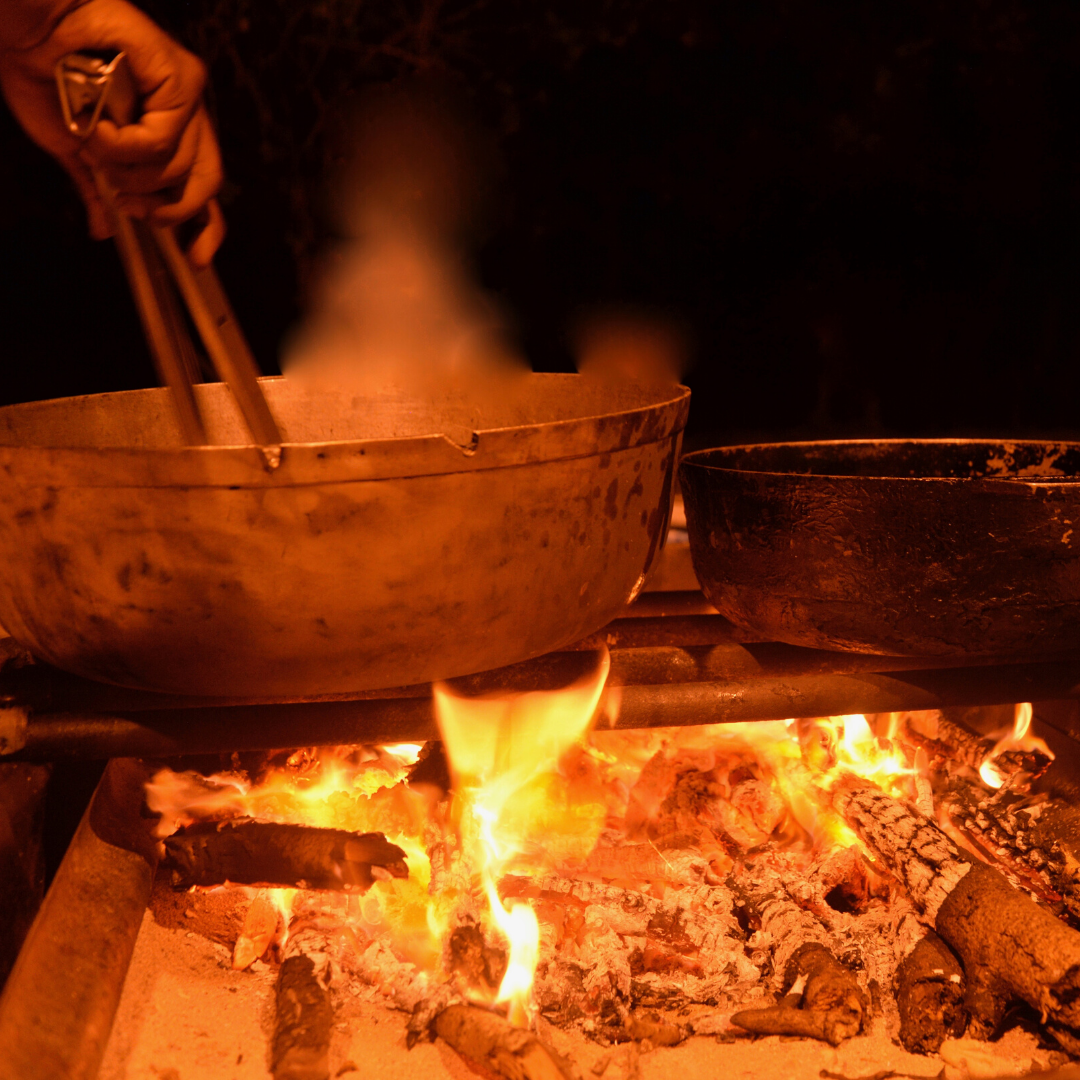 We didn’t get to go camping at Easter this year but, next year, if you’re feeling adventurous, did you know that not only can you fry fritters and Jonny cakes on a caboose (a traditional Caymanian stove similar to a camping grill), you can also bake them if using less oil is your goal. Once you set the pan on the coals, you just have to put more coals on top of the pot cover, so that the fritters brown on all sides. 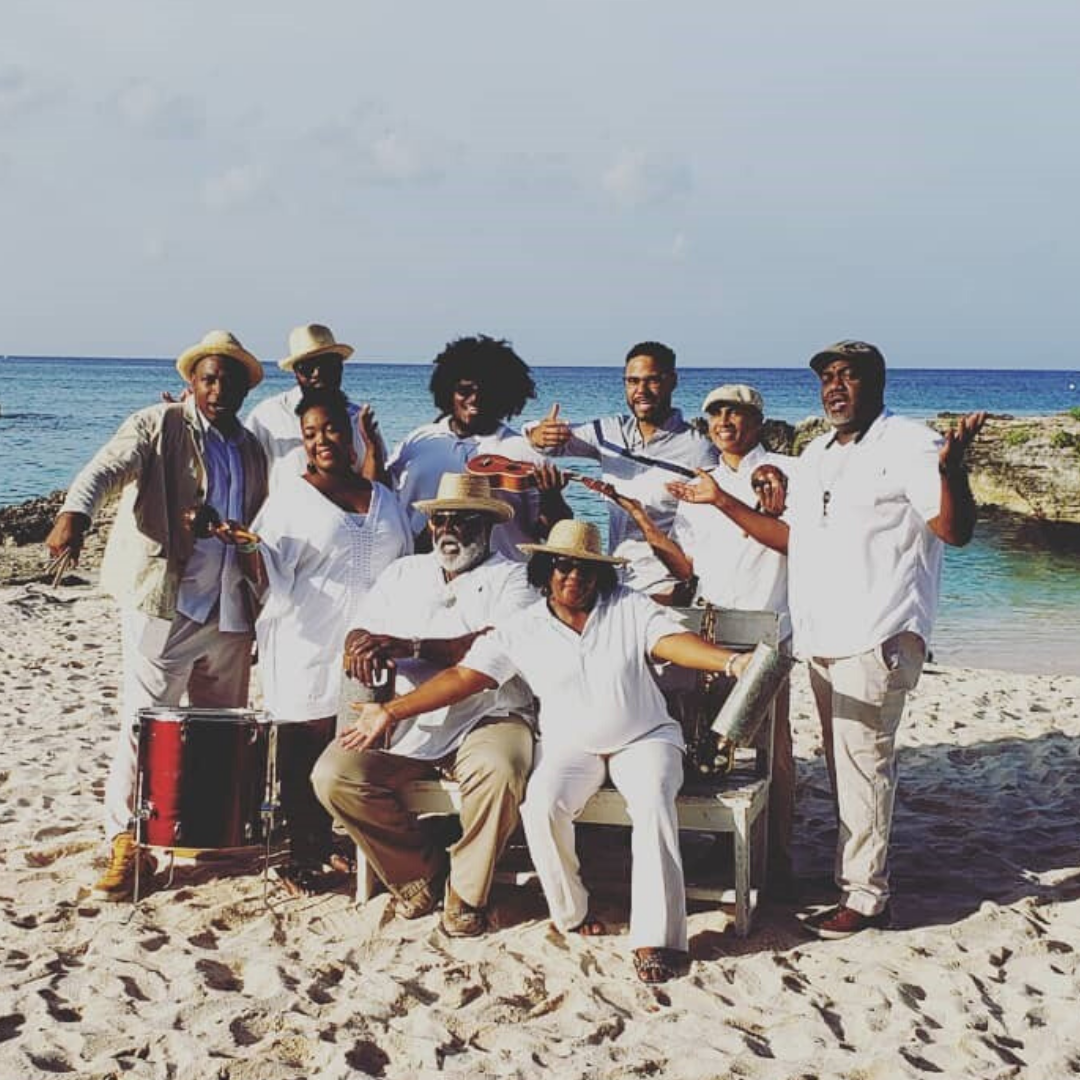 Bottles, spoons and graters were not only tools of the kitchen, they were also musical instruments at Cayman’s kitchen dances in days gone by. Although scarcely heard once Cayman’s sailing days waned, the traditional Caymanian songs were narrative ballads, sea shanties, and boat launching songs. The distinctive Caymanian folk-dance, quadrille, a local variant of the European version, was danced to the music of a small band using fiddle, guitar, and for percussion, a drum, bottle and spoon and a grater. 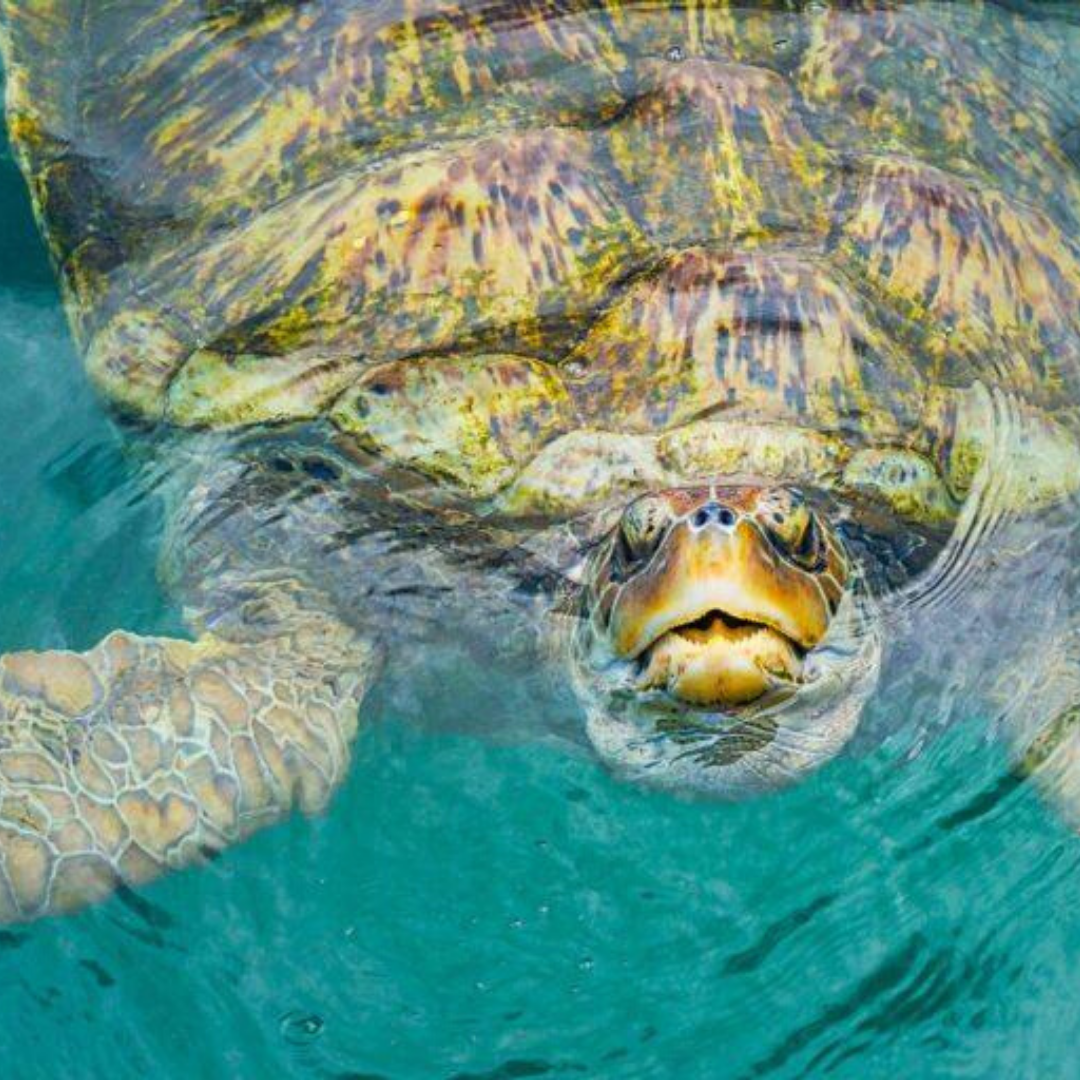 Another thing about sea turtles. Even though they’re a true Caymanian icon and are therefore protected, they, like many Caymanian humans, like to travel. Sea turtles are, in fact, highly migratory. Every spring, wild sea turtles migrate to the Cayman Islands to nest on our beaches. At the end of the nesting season, these full-grown turtles leave our waters until it is time to return to nest again. Department of Environment sea-turtle satellite tracking research has shown that our adult turtles live in Florida, Mexico, Belize, Guatemala, Honduras, and Nicaragua during the winter, when they are not nesting in the Cayman Islands. (Source: Cayman Islands Government) 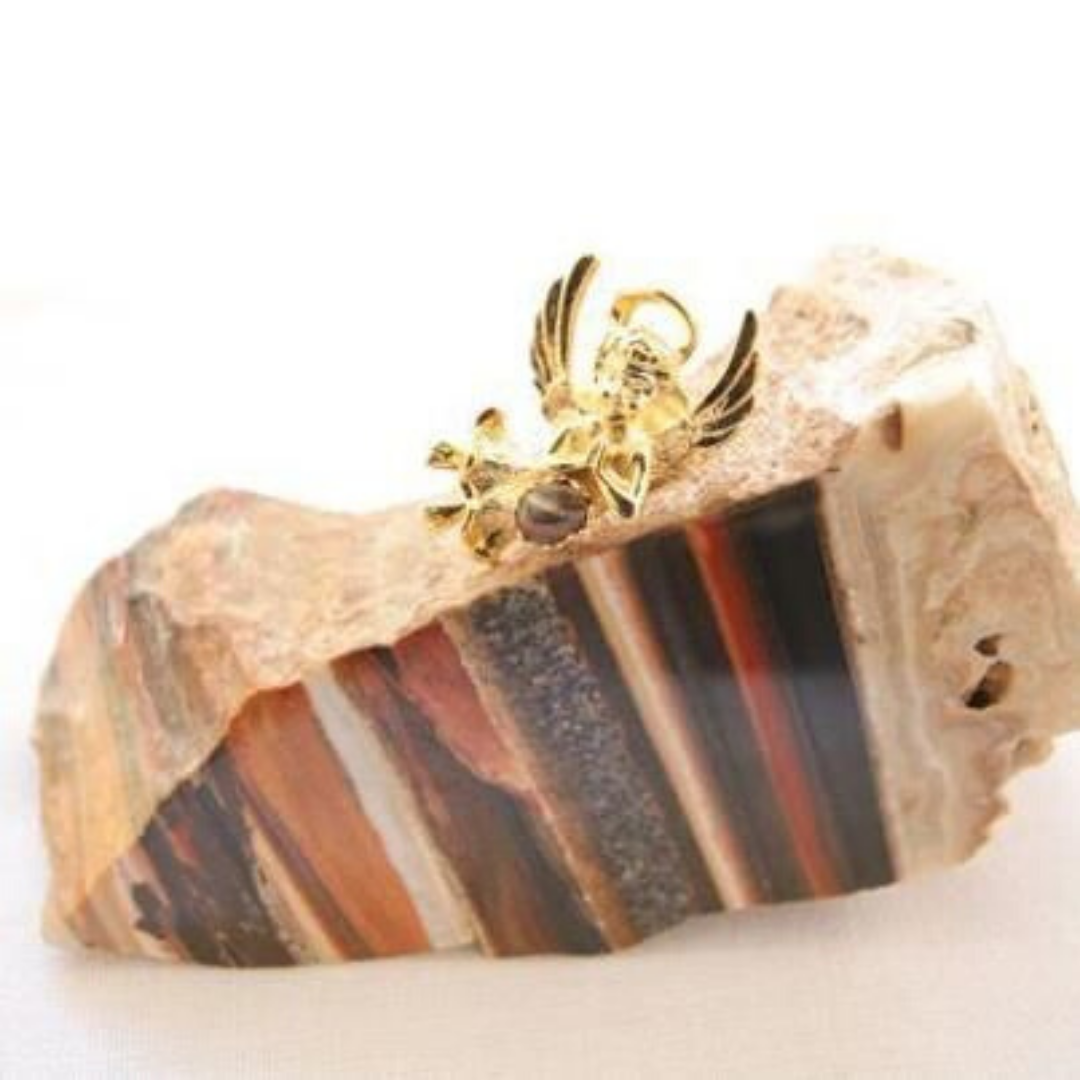 Sediments deposited into open spaces of rock, namely a combination of calcite, dolomite and aragonite, formed Caymanite, a semiprecious gem, which is believed to have first formed approximately 28 million years ago in Cayman Brac. Caymanite has layers of colours in earth tones, created by the different metallic contents of each strata. Its hardness challenges the craftsman’s skills as well as his tools, but when cut and polished the stone has radiant hues and can be transformed into unique jewellery and carvings. 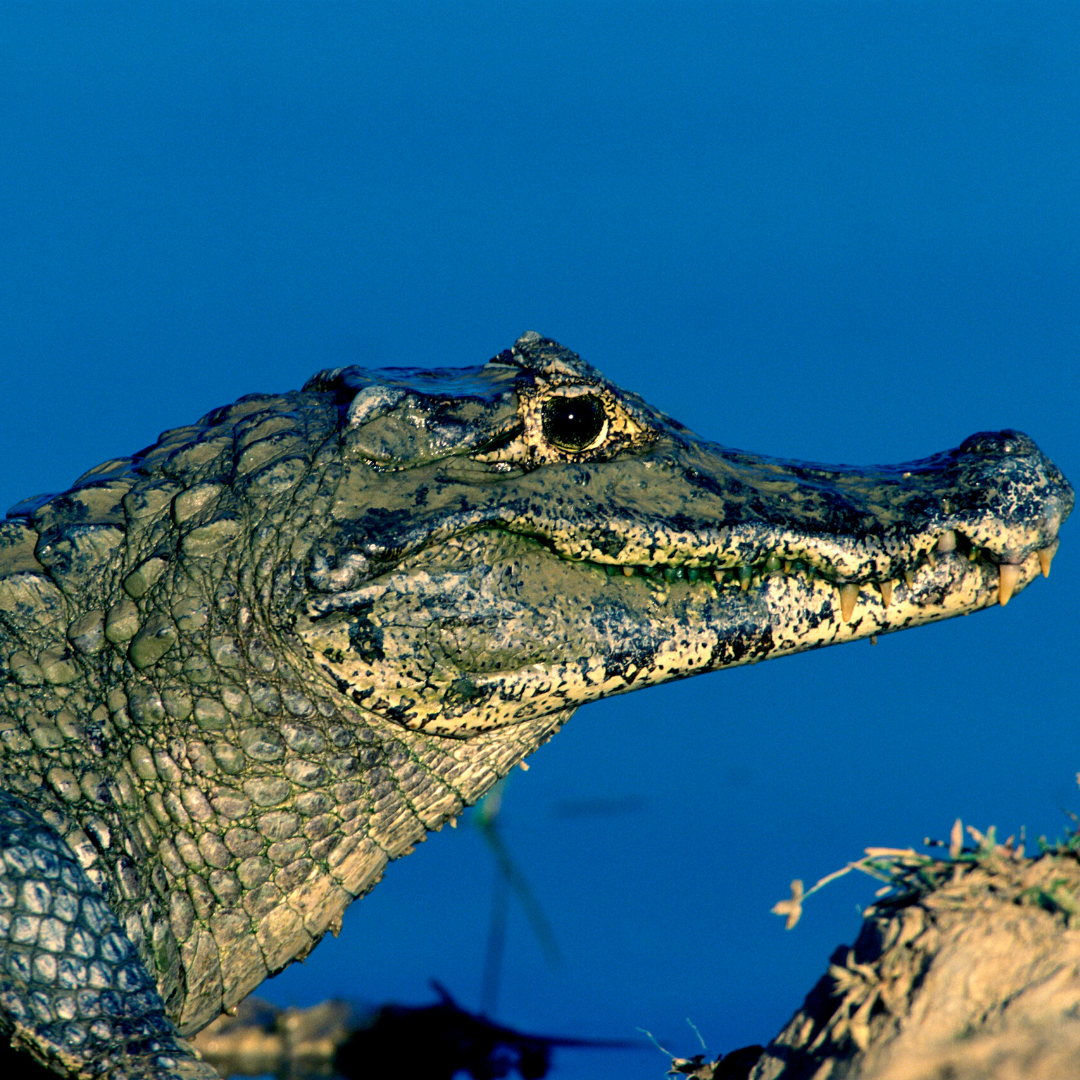 ‘Caiman’ is the Spanish word for crocodile. The first visitors and settlers to the Cayman Islands observed numerous crocodiles in swamps and put an end to them in the 19th century, so the story goes. The name stuck, and after some word changes the Islands are now known as Cayman. The mystery, of course, is how did theses crocodiles get to the Cayman Islands? It is known that large trees from Cuba are occasionally washed up on Cayman shores. Perhaps the crocodiles caught a ride on this floating debris?

For more interesting facts and stories about the History, Heritage and Culture of the Cayman Islands, make sure to visit the Cayman National Cultural Foundation often and these other great online resources:

The National Gallery of the Cayman Islands

The Cayman Islands Department of  Environment

The National Trust for the Cayman Islands